Picture the scene in Halsall today. From an irate resident, who tells us “Enough is enough! Not only do residents of New Cut Lane Halsall have to endure and suffer surface water flooding, inadequate drainage systems and rogue developers building without planning permission whilst facing no penalty or recourse. Now, residents have other obstacles to overcome such as overgrown vegetation which completely blocks the footpath created by landowners who can’t be bothered to conduct basic maintenance.

“Photographic evidence clearly demonstrates the dangers of having to walk on the road to navigate around this vegetation. This issue was first reported to WLBC on the 3rd September 2019 and again on 29th July 2020 (Ref No RITM0042294).

“WLBC were asked to force the landowner to cutback and remove the overgrown vegetation or conduct the works and bill the landowner for the Councils time. 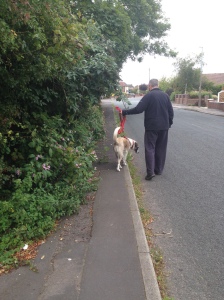 “A small amount of vegetation cutting was conducted in November 2019; however, the problem has continually been getting worse. As yet, WLBC has failed to respond at all to this basic request but it’s very poor that an e-mail acknowledgement has not been sent let alone any action on the situation after nearly 2 months have passed”.

Which local bureaucrat  is really to blame here? The WLBC bureaucrat who hasn’t liaised with the County? Who is elected to the County to represent Halsall, who do Halsall taxpayers expect to take up the issues the County is responsible for? That’s Aughton resident David O’Toole 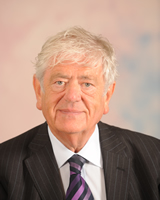 Time to Cut Your Overhanging Hedges Back? “So many of our footpaths and pavements are too narrow at the best of times, but hedges and trees encroaching onto the public highway often force pedestrians into the road or make navigating a right of way like trecking through a jungle. Lancashire County Council has responsibility for ensuring that the footpaths and pavements are free from obstructions, including overgrown hedges. It is the owner’s responsibility to keep them cut back. In spring and early summer, overgrown hedges are one of the most common complaints we receive, but by then its often too late to do anything because birds are nesting. Please, please, please, if you have a hedge adjacent to a public footpath or a pavement, make sure it is cut well back so pedestrians are not inconvenienced. And if you are a pedestrian who is inconvenienced, or whose safety is compromised by an overgrown hedge, report it early: once birds are nesting nothing can be done. Most highways complaints such as these should be reported to highways@lancashire.gov.uk, or use http://www.fixmystreet.com or telephone 0300 123 6780.

And when all the above fails, don’t wait to be run over as you are forced onto the highway! As reported below

“I wish to report a serious overgrown vegetation issue from a plot of land between No 20 and 22 New Cut Lane Halsall (PR83DW). As evidenced by the photos this clearly demonstrates the obstacle created and the road safety issue in navigating the footpath. Residents have been complaining about this for some time and now not only is it an nuisance but also a safety hazard.

“WLBC parks and gardens department were contacted last September 2019 (ref No (Ref No RITM0042294) requesting that they either contact the landowner to cutback the vegetation and or conduct the work and bill the landowner for the works completed. This issue was reported yet again to WLBC however they do not wish to get involved for reasons unknown”.