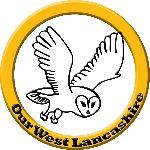 “Council publishes new Draft Vision and Council Plan – Have Your Say – Consultation open until 19th August. The Borough Council are consulting the public on their new proposed vision and corporate plan.

“This will be an important document when finalised, as all future council policies will be measured against what it says. The choice of a few words in this document will set the tone for council officers to follow.

“Our West Lancashire councillors – either as a group or individually – 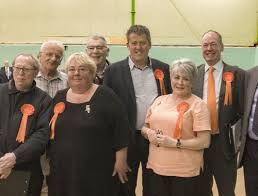 have concerns with some of the proposals in the vision and plan and we feel you may have concerns too when you read it. Amazingly, in the resident survey set up by the council, only half of the plan is actually included. Arguably many of the items that are open to wide interpretation or may engender concerns are in the part of the plan that has been omitted. However we have secured a commitment from council officers that fuller resident feedback on the whole plan will be considered. Your comments can be submitted by email.

“Read the whole of the vision and plan (it’s only 3 pages long) along with the OWL commentary and explanation of how to have your say. Please then consider adding your voice. Council can’t claim to be green when it hasn’t considered energy efficiency of new council homes. As the council sets out plans to build 37 new council homes in Skelmersdale and Westhead, questions from OWL reveal that the council has not considered the best available energy efficiency standards for the houses. 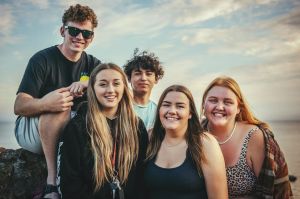 Borough Councillors voted unanimously to receive a report in October seeking to recruit more young people to council apprenticeships after Our West Lancashire raised the matter at July’s council meeting.

“Labour’s stance threatens rural representation on the local Council. The Council’s Ward Boundaries for local elections are being reviewed by the external Government quango appointed with this task.

“The first part of this process is a decision, which is entirely up to the council, as to whether elections are held in 3 years out of every 4 as they are currently or whether we hold an “all-out” election once every 4 years where all councillors are elected at the same time.

“More councils are moving to “all-out” elections – it saves money and crucially allows wards to be represented by a single councillor as happens currently in rural areas like Newburgh; Halsall; Rufford; and Bickerstaffe.

“Labour have decided not to ask for the view of local residents, but instead to keep the current elections 3 years out of every 4. This means that the Government quango will insist that every ward is represented by three councillors. Small rural wards will be wiped off the map and Bickerstaffe and Newburgh could be swallowed up into a Skelmersdale or another predominantly urban ward as the maps here illustrate.

“Our West Lancashire will continue to make the case for ward boundaries to be drawn that recognise and respect local communities and their interests”.