when the subject of the Beacon Park Golf Course (BPGC) mismanagement is raised, specifically about allegations of VAT fraudsters, the destination of landfill royalties, and the involvement of Serco Leisure Operating Ltd and Oakland Golf and Leisure Ltd and its Director Jonathan Snellgrove.

Because there is no trust in public life. Landfill in-Ruined Golf Course-Cashed out with  The Royalties. One Beacon Park Golf Course VAT fraudster might have been misfortune, but two was simply negligent.

At the last WLBC meeting, 22nd July 2020, an agenda item was to secretly discuss the “Leisure Contract Extension – Short Term Measures in response to COVID 19” rather than to discuss the Beacon Park Golf Course in response to the Serco control of the BPGC shambles, including the secrecy surrounding the officially agreed 23,375 lorry loads of landfill plus the unknown loads that created the excess now supposedly being spread around the course.

Basic VAT fraud arises when a business dishonestly fails to charge and account for VAT when they should have done so, or VAT is charged but not paid over to HMRC. Cheating the public revenue is a judge-made criminal offence. In order to obtain a conviction, the prosecution only has to show that the defendant has made a false statement with the intention of defrauding HMRC. So it’s clear that there was no effective scrutiny by WLBC of the DCT Leisure Ltd accounts leading up to its dissolution, its demise as the golf course leaseholder.

In the case of R v Mavji, 84 Cr. App. R 34 the Court of Appeal held that an actual act of deception is not necessary. A failure to submit a VAT return or pay the VAT due can be sufficient if done so with dishonest intent to evade tax, for example, of £100,000.

Former Labour Cllr John Bullock said, of the new Borough development company “The entity acquiring the land is essentially passing the wealth of the Borough to a separate legal personality in which we may or may not have tools of control (to be tested – hopefully not in a court of law) [Think Beacon Golf Club]”.

How ironic is it that on 1 April 2011 we were told that a “New operator for Beacon Park Golf Course, West Lancashire Community Leisure Trust has been announced as the new operator of Beacon Park Golf Course from the New Year. John Bullock, Labour, Chairman of the West Lancs Community Leisure Trust, said “We are delighted to take on the day-to-day operations of the golf course. The Leisure Trust is committed to making sure the sporting facilities in the area are first class and we hope to continue this at the golf course. The course, on Beacon Lane, Up Holland, will continue to operate as normal and members and visitors will see no change in the service offered. All staff will continue to be employed at the site”.

We are asking how WLBC failed to prove the element of suspicions of VAT fraud/landfill royalties and/or corruption in relation to the Beacon Park Golf Course landfill development in not one case but two. The application 2011/0787/FUL for “Partial remodelling of existing golf course and driving range and creation of new nine hole short course” was submitted for a scoping opinion on 2nd February 2011. 17 other items of documentation were submitted on 13th July 2011.

One of the 17 documents is key to the suspicions, a “Letter from communities and local gov re planning fees”, Dated 21st July 2010 in which the name of a company director Jonathan Snellgrove was provided as querying concerns about the costs of planning applications for low impact outdoor leisure facilities. “The applications to which Mr Snellgrove refers should be subject to a maximum fee of £1,690…reducing the cap from £250,000. I hope this clarification goes some way to allaying Mr Snellgrove’s concerns”. Signed by Minister Greg Clark MP. And nobody in WLBC thought fit to check who and why.

And it included “The trust partners have examined the previous financial years and membership records of the golf course. The information provided by DCT confirmed that the golf course had been losing money during the past two years, as a result of falling memberships and increasing costs”.

There was never any public disclosure made of the “arrangements previously negotiated by DCT for the land drainage work with Oaklands Leisure” and DCT Leisure Ltd gave notice and relinquished their lease for the management of Beacon Park Golf Course on 31st December 2011. Thereafter DCT Leisure Ltd was dissolved with huge VAT and redundancy debts.

And, the infamous planning application by Jonathan Snellgrove who WLBC denied meeting, and then admitted in writing DID meet, with the then Deputy Director of Leisure and Wellbeing for the West Lancashire Borough Council, who DID meet Jonathan Russell Snellgrove of 22 Rockery Lane, Leeds LS18 the Director of Oakland Golf and Leisure Ltd which company was, with Serco, a major financial beneficiary of the enormous landfill operation at Beacon Park Golf Course. 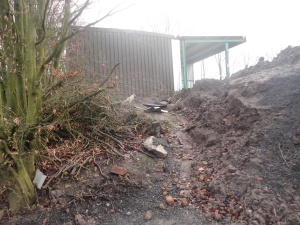 In “Review Findings” the Director stated he “can find no evidence of any written or recorded dates, minutes or reports from any meeting with officers and Mr Snellgrove in relation to the “potential remodelling works at Beacon Park Golf Course”.

But he can advise that “Mr Nelson recalls a recent on-site meeting with Mr Snaylam from Serco/West Lancashire County Leisure Ltd (perhaps you meant West Lancashire Community Leisure Ltd?) regarding the re-modelling works at which Mr Snellgrove was in attendance but after introductions took no part in the meeting. There are no minutes or reports produced as a result of that on-site meeting”.

I was “sorry to appear pedantic about this matter which is extremely important to residents and council tax payers of West Lancashire, but your answer in your “Review Findings” paragraph 1 is directly contradicted by your answer in paragraph 2, as the meeting you do mention was “regarding the re-modelling works”. Isn’t what Mr Nelson tells you recorded by you as evidence?. Which paragraph do you prefer me, or the Information Commissioner, to believe?”

“As for Mr Snellgrove being “in attendance” but “took no part in the meeting” would you be kind enough to ascertain what his role was in the “on-site” part of it? I’m sure Mr Nelson can recall if Mr Snellgrove expressed an opinion about the landfill, even if it was hearsay between [Serco Manager] and Mr Snellgrove since the meeting was about “the re-modelling works”? In view of the contradictions I have pointed out might you now need to re-consider your up-holding of the FoI response from Mr Nelson?

No, he didn’t! They had neither eyes to see nor tongue to speak!

Landfill in-Ruined Golf Course-Cashed out with  The Royalties, that’s the new history of the Beacon Park Golf Course.