“2020 marks a decade since the implementation of the Equality Act 2010. In October 2010, it replaced previous anti-discrimination laws with a single Act, making the law easier to understand and strengthening protection in some situations. The Act helps to make Britain an open, equal and inclusive society where everyone is offered a fair chance in life.

“Whilst we know the journey is far from over, we’re proud of how far Britain has come to protect people from discrimination. From equal pay to same sex marriage, hard won rights have changed the way people can live their lives for the better”.

It’s best summed up as “Equality for some” rather than all. Here in West Lancashire, WLBC discriminated deliberately against the elderly and disabled by stopping concessionary travel just as the new Act was passed, while declaring useable reserves of £millions. All they got was social isolation. Where was, and is. their equality?

WLBC deliberately discriminates against residents who live in flood areas. While we regularly report the disgusting flood events of raw sewage in homes and streets in Burscough, opponents of it are ignored and insulted.  Having met with the Flooding Minister and held a Flooding Forum with residents and local agencies, it looks like we need Dad’s Army to hold back the floods, says West Lancashire MP Rosie Cooper. The only answer from the agencies seemed to be we should get our own sandbags and help each other! Where is their equality? 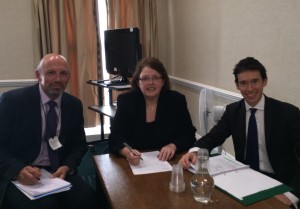 WLBC deliberately discriminated against the elderly, senior, golfers of the Beacon Park Golf Club by ruining the course with landfill. WLBC watched as the Seniors were expelled from Senior League Competition matches, and still watches as much of the course still lies derelict under landfill. Where was their equality? 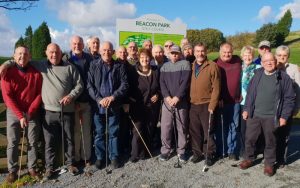 Introduced into West Lancashire while it was under Tory control, and the Westley Arms was open for “free via council tax funding for after-meeting councillors” it was pitiful to see the Act ignored here.

And since Labour gained control, it’s been pitiful to see it still, continually, ignored. They got rid of the Tory “gravy train”. Since then they have agreed with Tories to two absent councillors being kept in paid post after seeking advice from Counsel at a cost of £800 to council tax payers. They endorse the long standing Tory policy of housing development without provision of new utilities and services.

“An open, equal and inclusive society where everyone is offered a fair chance in life”. Really?