is a public service news agency: funded by the BBC, provided by the local news sector, and used by qualifying partners. It’s like a franchise: different companies with different approaches, but using common editorial standards and all publishing into the same system.

And it has revealed that a row broke out about a separate subject at a virtual gathering of Lancashire’s 15 council leaders last week, resulting in four of them making a premature departure from the discussion, including West Lancashire.

It is understood that the walk-out came after an ill-tempered exchange which ended with Lancashire County Council Leader Driver telling his 12 district authority counterparts “You could all stand outside in the pouring rain and you would take all day to decide whether you were getting equally wet or if some of you had more shelter than others”.

Lancashire’s county, district and standalone councils are currently engaged in already delicate deliberations about devolution, with potential controversy ahead over the creation of a combined authority and elected mayor as part of the process. Pendle Council has since voted not to support the mayoral move at the moment due to a lack of “clarity”, while Burnley Council has come out against any attempt at local government reorganisation “as a condition” of devolution. 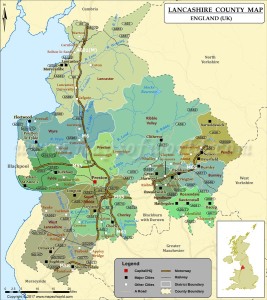 Meanwhile, the LDRS understands that the LGA has declined the invitation to assist in coming up with a new council map in Lancashire, because of the degree of disharmony over the issue between the existing authorities. It is understood that the districts objected to their logos being included on a document submitted to the government last month laying out a post-Covid economic recovery plan for Lancashire and making a pitch for government investment in £62.5m worth of so-called “shovel-ready” projects.

Several of the leaders told the meeting that they had not been consulted over its contents and went on to criticise the county council for seeming to imply that that they had given tacit approval to the proposal. They were advised that their level of involvement had been dictated by the short timescales involved in drawing up the document.

The LDRS understands that County Cllr Driver suggested that the districts needed to think more strategically about the whole county rather than just any benefits to their own areas. However, after he made his “outside in the rain” comment, an apology was demanded and when it was not offered, the leaders of South Ribble, Chorley, Ribble Valley and West Lancashire councils left the meeting, which was abandoned shortly afterwards.

Cllr Driver did not dispute the account, but said that the outcome of the discussion was “very disappointing”. “It illustrates the difficulty we have of working together as a group of local authorities, because too many leaders have their own agenda. We all need to reflect on how we’re going to move forward for the benefit of the people of Lancashire. I didn’t start the acrimony in the meeting, insults were thrown at the county council and at me personally, so I’m not prepared to apologise. But my analogy with standing out in the rain perfectly sums up exactly why we have a problem” he said. 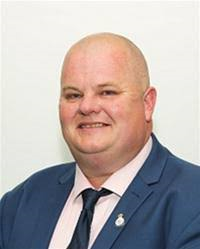 West Lancashire Council leader Ian Moran said that he had not even seen the recovery document before it was sent to the government bearing his authority’s crest. “We sit just as an associate member on the Liverpool City Region Combined Authority and yet we were more included in their [post-Covid] strategy than the one for Lancashire. We want Lancashire to start working for us” he said.