The UK taxpayer will pay £millions, after the EU has increased funding for Turkey. The EU has agreed nearly €0.5bn more funds for Turkey, putting the UK on the hook. 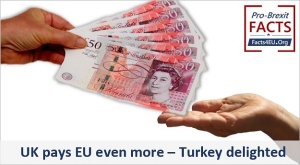 Facts4EU reveals another reason the UK needs to get out of the Transition Period as soon as possible. The EU Commission, EU Council, and EU Parliament have agreed yet another increase in funding for Turkey, despite the Turkish President’s continual drive to make his country into a regional Muslim power.

What has the EU done this time? The EU has just agreed to send a further €485 million to Turkey on top of the €2bn already committed by the EU and a further €4bn in top-ups from the EU member states including the UK.

“One of the programmes, the Emergency Social Safety Net (ESSN) – is providing over 1.7 million refugees with monthly cash assistance”. – EU Commission, Brussels, 10 July 2020.
The ESSN facility operates on the basis of giving migrants in Turkey ATM cards so that they can withdraw money from cash machines.

There are worrying signs from Turkey yet the EU sends more money, part-paid by the British taxpayer. Here are just four examples of how Turkey under President Erdogan is worrying the West: • Buying its new missile air defence system from Russia despite being a member of NATO • Turning the iconic Hagia Sophia into a mosque next week • Patrolling the Mediterranean with increasing numbers of warships • Threatening the gas fields of Greece and Cyprus.

It seems increasingly clear that Turkey is no longer seriously interested in joining the EU. Indeed it is becoming questionable how long Turkey can even stay in NATO. What is the “Facility for Refugees in Turkey”? This EU fund was devised by German Chancellor Angela Merkel in late 2015 to encourage President Erdogan of Turkey to stem the flow of migrants flooding into the EU as a result of Frau Merkel’s disastrous ‘all welcome here’ policy.

This specifically relates to a Schengen problem. The Schengen agreement defined the supposedly borderless area of the EU. The UK is not and never has been part of Schengen. Nevertheless the UK Government agreed in 2016 to pay 16.5% of the first tranche of this fund (€3 billion) for the Turkish government. At its summit in June 2018 the EU Council formally considered a second tranche of €3 billion, and approved it. That makes a total of €6 billion for the EU’s Turkey Fund, now €6.5bn.

€2.5 billion of this comes from the EU budget into which the UK still makes its annual contributions. The remaining €4 billion is in effect “off-the-books”. It is not in the EU Treaties nor in the approved EU budget and it was requested to come from individual member states. 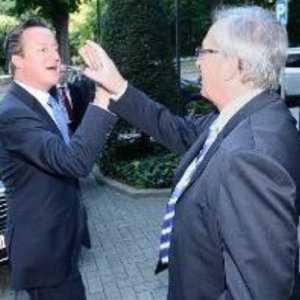 Prime Minister David Cameron voluntarily agreed to the first tranche of this in early 2016. 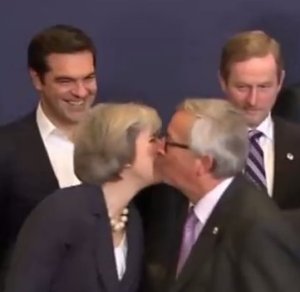 Prime Minister Mrs May then voluntarily agreed to the second tranche of it at the EU Council Summit of June 2018. This was despite the fact that the British public had voted to leave the EU and the country was at that point (ostensibly) only nine months away from actually leaving. The additional voluntary commitment from the UK was circa €330 million euros.

These commitments of money by Cameron and Mrs May do not appear in “UK contributions to the EU”. For years Brexit Facts4EU.Org has provided detailed evidence of the semi-secret, “off-the-books” funds which the British Government has paid to the EU. The “Facility for Turkey” is an example of such funds.

These have never been included in the official figures for the UK’s net contributions to the EU. Today, the EU’s second-largest funder is still funding the EU, four years after voting to leave. It’s just another scandal and the perpetrators go on costing UK taxpayers more and more.