A golf course in Bristol has closed off nine of its 18 holes following advice from an ecologist, after a rare orchid that had grown during the lockdown was found at the venue. 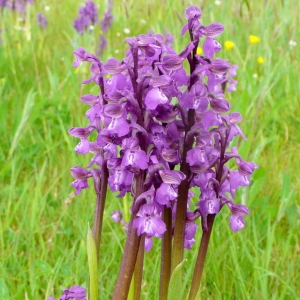 Half of the course will remain out of bounds until the middle of July. This comes at a time when, also due to the lockdown, the demand to play golf has never been higher. A spokesman said ‘the golfers aren’t particularly pleased about it’, although the venue has been praised on social media for prioritising the environment.

The green-winged orchid is assessed as ‘Near Threatened’ in Great Britain and ‘Vulnerable’ in England, existing mostly along the Welsh coastline, but it started to grow at the municipal Ashton Court Golf Course in Bristol during April.

Bristol City Council, which runs the golf course, says it has taken the decision to reduce the number of holes available to play by nine to allow for the plants to seed. It added that it plans to have all 18 holes back open by July 15 and has asked the public to be patient in the meantime.

Meanwhile, WLBC is “In the process of finalising a contract extension with Serco which covers all WLBC facilities including Beacon Park Golf course…finalise the re-profiling of Beacon Park Golf Course and to consider future operational models”. Allowing landfilling for Serco/Oakland Golf & Leisure Ltd to receive untold royalty profits has brought WLBC into disrepute. 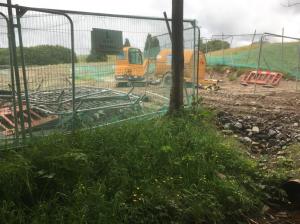 Just what future does Beacon Park Golf Course have in the hands of Serco? Ask us the same question in another five years!