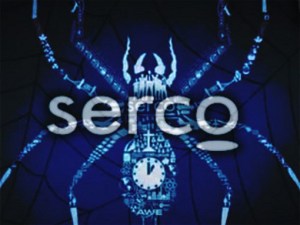 Readers might think it a coincidence that Edward Argar MP, the former Serco Head of Public Affairs for the UK & Europe, is now the UK Minister of State for Health at the Department of Health and Social Care just as Serco wins a £45million contract with the Department. And it didn’t even need to tender for it!

Did we say coincidence? Because it seems the same thing happened in his previous portfolio. Among a huge portfolio of running public services for profit, Serco runs five private prisons in the UK. Mr Argar was the new Conservative justice minister in 2018. His previous job was to protect the public image of a huge company he is now supposed to regulate.

In a letter to the shadow justice secretary, Richard Burgon, seen by the Guardian, Minister Gauke said “Edward Argar’s previous employment with Serco will not affect the department’s ability to hold that or other providers to account, and he has been appointed in line with normal procedures and rules. Should any future procurement or contractual arrangement give rise to a conflict or perceived conflict of interest, we will of course take steps to avoid it”. Of course they will, nudge nudge, wink wink!

Serco Leisure manages over 60 facilities on behalf of Community Leisure Trusts and Local Authorities, including West Lancashire and the Beacon Park Golf Shambles.