While the Sunday papers, and the “Beeb” of course, get all self-righteous about a PM aide making a lockdown trip or two, we recall the days when Jim Hacker was in charge, or thought he was. 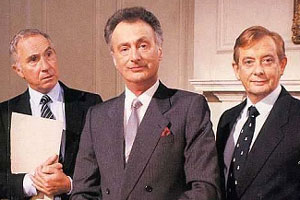 Sir Humphrey: “Prime Minister, what about the people who read The Sun?”

Bernard: “Sun readers don’t care who runs the country, as long as she’s got big tits”.