LCC tries to show itself as having a positive appearance and actions, but that is belied by the reality, as the Burscough Flooding Group show us so often in relation to Burscough’s flooding problems. 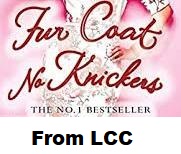 It shows in the seemingly endless toing and froing about Jacobs and the LCC Flood Management Team. A recent effort to obtain answers resulted in a response that stated “Given the subject matter of your request, it has been considered in accordance with the Environmental Information Regulations 2004 (‘the Regulations’)”. Conclusion? LCC is all fur coat and no knickers.

Request & Response: 1. The cost of this report was met by DEFRA • Request: Can I have copies of all documentation and notes of any meetings from start to finish between DEFRA and LCC. • Response: No documents were exchanged and no meetings were held with DEFRA.

2. LCC appointed Jacobs in 2018 to undertake a plan on flooding issues in Burscough.• Request: Can I have details surrounding this agreement between LCC and Jacobs which include letters, emails and notes of LCC staff etc, including dates of meetings and people in attendance. This should include any Terms of Reference and any issues around this matter and the Study area. • Response: Please see attached documentation

3. In Par 1 it states the following “After the project started it was put on hold for several months”. • Request: Can I have all the LCC information that exists on exchanges of information between LCC, Jacobs and UU and WLBC regarding this period.• Response: This aspect of your request is refused by virtue of regulation 12(4)(b) of the Regulations on the grounds that it is manifestly unreasonable. This is because the request is non-specific and would require a huge trawl of information that may or may not be what you consider to be relevant or what you are seeking. We would ask therefore that you make this request more precise and specify what particular information you are requesting. Clearly the County Council corresponds with the other parties regularly and on a number of issues, many of which are unrelated to flooding. Whilst we acknowledge that there is a general public interest in the County Council being as open and transparent as possible, particularly with regard to environmental information, this must be considered against the strong public interest in ensuring the resources are not unnecessarily diverted from core duties in order to conduct searches of vast amounts of information. This is particularly the case in the current coronavirus crisis, when many resources are being reallocated to support critical functions to ensure there is minimal disruption to the services that are crucial to supporting the wider public. We have concluded therefore that the public interest favours maintaining the exception to the duty to disclose and this aspect of your request is refused.

4. Jacobs sent through to LCC on 11 October 2019, P01 a Draft report for client comment.• Request: I request a copy of this document and any other communication associated with this draft report up to 20 January 2020. • Response: This aspect of your request is refused by virtue of regulation 12(4)(d) of the Regulations, which relates to material which is still in the course of completion, to unfinished documents or to incomplete data. The document to which you refer was a ‘work in progress’ document with incomplete data and written very much as a draft for early comment from the County Council and not for public disclosure. Again, we acknowledge the general public interest in being as open and transparent as possible. However, there is a strong public interest in ensuring that the County Council and partners with which we work are able to share ‘work in progress’ information to ensure that tasks are concluded as efficiently, effectively and successfully as possible. Furthermore, disclosure into the public domain of incomplete ‘work in progress’ documents that are prepared for internal discussion may lead to confusion among the public and lead to further enquiries that divert resources from the core task at hand. This is not in the wider public interest, particularly when the final, complete version has been made public (see Q6). In light of this we have concluded that the public interest favours maintaining the exception to the duty to disclose and this aspect of your request is refused.

5. As a consequence of this draft report, Meetings will subsequently have taken place and involved LCC, Jacobs, UU and WLBC.• Request: Can I have all types of correspondence that was exchanged and dates of meeting where two or more of the above parties attended a meeting. This is actual attendance or conference by TV/Video or phone. Details from any meetings that were recorded. Can I also have LCC response back to Jacobs. • Response: Correspondence is attached as part of the response to point 2. No meetings were held.

7. Councillor Mr E Pope had some involvement in a planned meeting and its unclear what any further involvement he had in aspects of this report and its Publication. • Request: In previous discussions with Mr Pope it was clear that he did not have many technical skills or understanding to be in a position to discuss Burscough flooding and drainage matters therefore his attendance is questionable, can you please confirm the extent of his remit, and in what capacity was this official and unofficial over the course of this whole Jacobs report and publication. • Response: County Councillor Pope is the elected representative of Burscough on the County Council. As we do with all other County Councillors for their different communities, LCC officers consult with Councillor Pope and take his advice on matters relating to LCC relationships with the Burscough community.

And there you have it. Seven matters of very reasonable concern raised in a very civil manner. The results? No documents no meetings; manifestly unreasonable; refused by regulation; it is not in the wider public interest; no meetings were held; LCC consults with Cllr Pope, who walked out of a meeting that could be legally recorded, about LCC relationships with the Burscough community of which Burscough Flooding Group is a major part. Is all that any way to treat a community that pays LCC vast sums of council tax?