A bid by Southport, Preston, and West Lancashire MPs to launch a Burscough Curves revival  reached us via the “World News Great Britain” Platform

the Accrington Observer!! and Lancslive

“Lancashire residents could be on track for better rail connections thanks to a cross-party group of MPs campaigning for the reinstatement of a rail line that once served local communities.

“The group, in conjunction with Lancashire County Council leader Driver, are working together in the hopes of achieving the reinstatement of 1.4 miles of track at Burscough in West Lancashire that once linked the Southport-Wigan-Manchester and Liverpool-Ormskirk-Preston lines. If given the go-ahead, the line could benefit about 300,000 travellers, which in turn would benefit the local economy – creating more jobs and helping to boost local business. 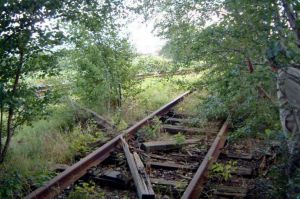 Mr Moore said “These plans will benefit commuters across the region. While Ormskirk enjoys a fast and frequent train service to and from Liverpool, for everyone else in West Lancashire the rail network usually offers disjointed and infrequent journeys. Travel by rail between Southport and Ormskirk and Southport and Preston requires not only a change of train, but also a change of station and line at Burscough, with an intervening walk of some 14 minutes or more along busy main roads.

“Alternative routes by rail are available but are indirect with lengthy journey times. For example, it takes over an hour to travel from Southport to Preston via Wigan and one hour and 20 minutes to travel between Southport and Ormskirk via Sandhills. I would like to put on record my thanks to Opsta

the Ormskirk, Preston, and Southport Travellers’ Association, both for their advice and for the work they put into creating our business case”.

Ms Cooper added “Reinstating the Burscough Curves would transform rail travel across West Lancashire providing new links for rural communities like Scarisbrick as well as Burscough itself. Following the sizeable increase in housing in Burscough, reconnecting the Preston to Ormskirk branch with the Merseyrail network at Ormskirk will increase the attractiveness of rail for commuters into Liverpool, reducing the need to travel on the heavily congested A59. More frequent services to Preston will do likewise and benefit commuters from Orms¬kirk and Aughton also”.

We are unaware of any link or relationship of the Burscough curves to Accrington but you never know! Nor do we see any reference to how Merseyrail or any other provider would meet the Equality Act commitment for the elderly and disabled rail users of West Lancashire to achieve free off peak rail parity with other Merseyrail users. Lancashire County Council? Same question!  Does the “business case” include that small but important element or not?