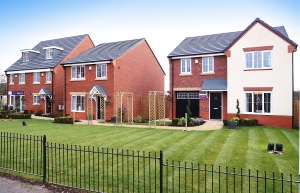 During the recent flooding incidents, standing water on the green areas and paths in the Pines Estate was exacerbated, and caused worry for residents, some believing that the development at the adjacent High Grove Park development was contributing with water runoff.

Residents were further concerned by the apparent failure of a new ditch which was dug out to assist with waterflows, but instead appeared to simply hold surface water and not drain to any watercourse or culvert. 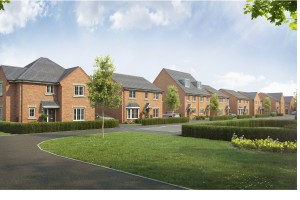 Rosie has written to local authorities including West Lancashire Borough Council and Lancashire County Council, as well as to the developers Taylor Wimpey seeking urgent investigations.  “While the storms have brought more rainfall than normal, this has brought to the fore the areas that need flood risk attention.

“This area of the Pines Estate next to High Grove Park is just one area that has caused concerns for residents. West Lancashire Borough Council have undertaken an assessment of the area and informed me that Taylor Wimpey would have needed to obtain an Environmental Permit from the Environment Agency before flow from a newly excavated ditch is allowed to enter Abbey Brook, and that the Council’s Planning Enforcement Officers are investigating.  Lancashire County Council have also committed to conduct further investigations to determine the cause and what remedial action may be necessary.

“Taylor Wimpey have indicated the ditch does have connectivity to Abbey Brook, but given the photographs supplied to me by residents I have written to them asking that they look again and clarify this position, and I also await the results of the councils’ investigations”.

This news has shades of Burscough, Jacobs, and the incompetence and denial by LCC of what the Burscough community suffers from.  Imagine it, “that a developer should obtain an Environmental Permit from the Environment Agency before flow from a newly excavated ditch is allowed to enter Abbey Brook, and that the Council’s Planning Enforcement Officers are investigating”. Who’d of thought it!