Figures show why the French Foreign Minister is unwise to be threatening “la guerre” on the UK. Le Drian and Macron should pick a different foe to distract the French public from troubles at home! Readers will no doubt have seen media reports of the French Foreign Minister, Jean-Yves Le Drian, giving a speech at the Munich Security Conference on Sunday, where he said that the EU and UK would “rip each other apart” in trade talks.

Naturally the BBC gave this coverage, while giving far less to the news about the Gulf countries wanting a trade deal with the UK. We will report on this latter subject as soon as we can. The UK’s closest neighbour is its 222nd remotest friend when it comes to trade!

Brexit Facts4EU.Org analysed the latest official trade figures from the ‘2019 Pink Book’ published by the Office of National Statistics. We looked at trade in goods, trade in services, and at the surpluses and deficits. In particular we looked at France, the UK’s nearest neighbour.

France and its trade with the UK

My own research, through a prolonged period of tasting at home has proved beyond doubt the best wines come from New Zealand 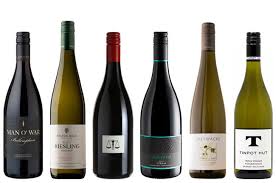 Australia, Chile, and the USA. Sorry, Le Drian and Macron, but your wine exports will show a considerable drop when others in the UK reach the same conclusion! I’ll drink to that!