Gary Lineker, who doesn’t do a real job 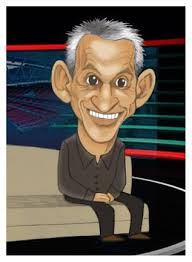 admitted “Footballers and broadcasters “Can’t really justify our salary compared with people who do a real job”. But you know, that’s the market rate” he told BBC Radio 5 Live!

Lineker, one of the BBC’s highest paid presenters, has called for the TV licence fee to be voluntary. In an interview with The Guardian, the former footballer and Match of the Day presenter said the annual charge was the BBC’s “fundamental problem”.

“You’re forced to pay it if you want a TV, and therefore it’s a tax” he is quoted as saying. “The public pay our salaries, so everyone is a target”. His comments come amid mounting debate on the future of the licence fee. Last week culture secretary Baroness Morgan told the BBC the subject was “coming up more and more on the doorstep”.

Lineker said he had “always said for a long time” the £154.50 annual charge should be voluntary while admitting he did not know “The logistics of how it would work. You would lose some people, but at the same time you’d up the price a bit” said the presenter, whose BBC salary was between £1,750,000 and £1,754,999 in 2018-19. “[The licence fee] is the price of a cup of coffee a week at the moment” he continued. “If you put it up you could help older people or those that can’t afford it”. 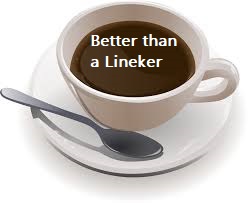 Former BBC chief political correspondent John Sergeant has added his voice to the debate saying the licence fee was “increasingly out of date”. “The average age of the audience is increasing, the number of viewers is falling. Young people are more likely to be hooked on their tablets and smartphones” Sergeant told the Radio Times.

“It is time to think of different ways of paying for BBC programmes, whether it be some form of payment by subscription, as well as programme sponsorship, if not a move towards advertising in general.” Last year the BBC said it was scrapping free TV licences for all over-75s and would limit the provision to low-income households where one person receives the pension credit benefit.

Fast forward. It’s September 2020. The new director-general is in No 10 for her or his first meeting with Boris Johnson since getting the job. “Look, prime minister,” the BBC’s new DG says. “I know this seems radical. I believe there is a case not only for keeping the compulsory licence fee – but raising it”. A door slams open. Dominic Cummings bursts in.

“What?!” says Mr Cummings. “But how can you argue that, when even your highest-paid star – your most famous face – agrees with us it should be voluntary?!”

Gary Lineker may or may not be right. The fact is, his intervention has weakened the negotiating position of the next DG, even if just marginally. Big social and political changes never happen suddenly. They follow the drip, drip, drip of smaller events that made the final change inevitable.

Right now, the idea that the BBC should become a subscription service is mainstream Conservative thinking. A prominent Remainer at the BBC has just reinforced it. Many of the BBC’s most loyal audiences are about to lose a benefit – in free TV licences for the over-75s – that they want.

Decriminalisation of the licence fee looks likely, which could cost the BBC a couple of hundred million pounds. A huge re-organisation of BBC News will cost many jobs, demoralising some staff, and leading to sharp cuts in some programme budgets.

Every day, streaming giants pour more dollars into high-value productions that lure eyeballs away from the BBC. Every day, the bond between the BBC and young audiences weakens to the point that it is becoming close to non-existent for many.

Then Gary Lineker says the licence fee should go. Anybody fancy being DG? Lineker said “You’re paid money that is way beyond really what you deserve, but nobody’s going to go. Actually, no, I’ll for work for a pittance. They’re not going to do that. I always feel uncomfortable talking about it, but at the same time, I’m not complaining”.

Any sane person would opine that both the licence fee AND Lineker should go, Now!