Barrie French is an ardent “Ormskirk Watcher” who loves the town and despairs of what is happening to it and some of the services provided for it by WLBC.

As we have published a few days ago, he was involved in the Derby Street bridge arrangements for improving the pedestrian and cycling access provisions. 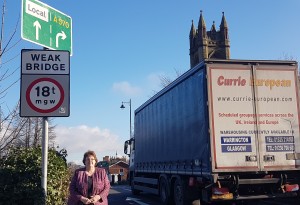 He recently took exception to the long delay involved while there may be accidents on the bridge. He reports on an email he received from former WLBC Director Kim Webber around ten years ago. She told him “… the first tranche should be completed by 16 November 2019”.

As he now relates “it’s over 10 year later and it’s still not started…”. So he wrote to new WLBC Director Jacqui Sinnott-Lacey, suggesting she is not running a very tight ship and expecting her to start asking questions on what is going on, as he is sure the planning department will not be informing her.

Be that as it may, he has asked her “Can you inform me with what is planned for the next tranche to be spent by 22 December 2020, as if not “I will inform Edge Hill University to claim back the [S106] monies”.

He continues “In 2014 we had a West Lancashire Masterplan and as of today nothing has happened. I know it’s not WLBC who have caused this but you can put pressure on LCC. We had a weight limit put on the Derby Street Bridge in 2016 and as of today nothing has happened, the bridge has had no enforcement on it, and the limit is 18 ton but 44 ton wagons go over it daily. [No enforcement]

“It seems LCC will only do anything when an accident happens, but again pressure from WLBC will help, so please don’t say it is nothing to do with WLBC, that’s just copping out of your duty. Just a letter to LCC to say can you confirm that work will start [next year] as they said they will do. It’s putting pressure on them to do something as 4 years of nothing is not good enough, the people of West Lancashire deserve better”. 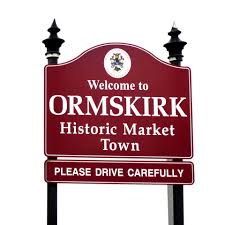 “As a 41 year old resident of Ormskirk who is seeing this town looking like an off-site campus for Edge Hill University, and with more shops closing like a declining town, even the market was only a quarter full today, sad times for Ormskirk”.

Back to Rosie Cooper MP in January 2018, as she “called on Lancashire County Council (LCC) to come clean about the true cost of Derby Street Bridge works. The bridge, which forms part of the A570 in Ormskirk town centre and which crosses over the Liverpool to Ormskirk railway line, has been part of investigations by LCC for over two years due to its poor condition.

“However, the Council now say that the cost of remedial works on the bridge range between £750k and £2.5m with full bridge replacement estimated between £5m and £7m. “It is shocking that the Council have still not decided on the best approach after two years of so-called investigations during which time the bridge’s condition will be getting worse and an often ignored weight restriction is in place.

“The County Council need to explain what plan of action they are proposing, exactly what the costs are and when the work is intended to start. The County Council also need to be clear about the problem and its solutions as the costs for the project seem to be all over the place, ranging from £750k to £7m depending on what report you’re reading.

“The bridge forms part of an important route through the town and an already congested Ormskirk cannot sit and wait for this bridge to fall down and cause traffic misery for its residents”.

it’s “Left behind Ormskirk”, and how often have we seen and heard local WLBC officers and politicians talk about “exiting developments”. But how often do they tell us we’ve been left behind? They don’t need to, we know!