Janet Daley in the Telegraph

Suggests “The people have got their revenge against the hateful Remainer diehards. It wasn’t just about Brexit. At least, not just about the actual, concrete reality of leaving the European Union. That may have been the initial spark but had that whole national argument been handled differently, had the concerns and resentments of real people not been treated with open contempt by this country’s governing class and by EU officialdom, it might not have grown into a conflagration that has ripped apart the old political settlement and enveloped the public discourse in a miasma of vitriol and hatred. 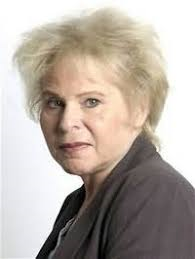 “I have written many times, in what must by now seem a tiresome refrain, about my shock and disgust at the shameless loathing which has been poured over the ordinary people of this country by those whose privileged existence leaves them utterly ignorant (one of their own favourite epithets, as it happens) of what life is like for those without their advantages.

“First they tried instilling fear and when the great mass of Leave voters did not flinch, they insulted and bullied them, and brazenly wished them dead [Stand up LibDems] 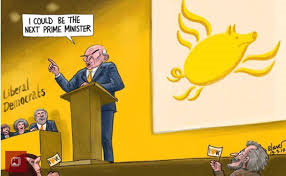 “As snobbery mutated into what sounded like eugenics, something snapped in the electorate’s consciousness. Well, the people have got their revenge. They have humiliated their tormentors and, as many times before in their history, refused to buckle.

“The bizarre irony of this is that much of the patronising guff that those Remainer diehards threw at their social inferiors was deluded. The total freedom to settle and work in any EU member state they chose, which they rapturously cherished for themselves and their children, is largely mythical.

“It is not realistic for the great majority of people (even well-educated ones) to believe that such unbridled mobility would be easily and permanently available. To make a living in almost any other European country requires fluency in its language and familiarity with its professional practices.

“There are certain vocations in which skills and expertise are truly transportable but they are few and very specialised. (Quite apart from the difficulties of moving across a continent with a dependent family and strong local ties, to elderly parents, say). At best, this fairytale of European opportunity was a selfish conceit which did not acknowledge that for people with settled responsibilities and without internationally transposable qualifications, freedom of movement was just a mechanism for importing cheap labour.

“But, as I say, it wasn’t just about Brexit. It is true, however, that it was a lot about working class (and a quite a lot of middle class) voters feeling “left behind”. Not just in the geopolitical sense of having been abandoned by the relentless movement of economic globalisation, but even by their own political representatives with whom they had once felt they had a moral bond.

“An Opinium poll done just after the election shows, rather startlingly, that far more of the voters who failed to vote Labour did not abandon their hereditary party because of its stand on Brexit (only 17 per cent), but because of their dislike of the leadership (43 per cent). In other words, because of Jeremy Corbyn and what Alan Johnson has called the Marxist cult that seized the levers of the party. 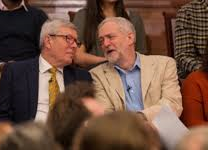 “What all those ex-Labour voters knew was that this was not their movement anymore, not only did it not belong to them but it was not even interested in them. Its campaigns of preference were about Palestine and Venezuela. Its chorus of gloom about poverty and the NHS sounded banal and uninformed.

“Clearly, the vast post-industrial hinterland was now unloved, misunderstood and an embarrassment to a party that found its spiritual centre in the drawing rooms of wealthy north London (which, of course, is home to a disproportionate number of those who really do have transportable skills and qualifications).

“All this brings us to another aspect of the current political mythology which would seem to have come crashing down. This was supposed to be the election in which social media ruled. Whoever triumphed in the digital contest would seize the channels of communication to a whole new electorate. This campaign would be won or lost on Twitter and Facebook.

“Except that it wasn’t. Labour and its frenetic activist army dominated the social media landscape. Its tweets were endlessly re-tweeted and its photo stunts were viewed zillions of times – generating far more views and “likes” than those of the Tories who did their best to keep up but never succeeded.

“Yes indeed, Labour won the digital battle. And then spectacularly lost the war. So, it turns out that, even for most of those who partake of it (and a remarkably large proportion of the population do not) the Twittersphere and the whole parallel universe that is available on a mobile phone exists in a different space-time dimension from real life.

“For quite a small segment of the politically hyper-active, social media may be hugely influential – although its primary function seems to be to confirm existing prejudices. But for the much greater number of real, grown-up, responsible voters it is irrelevant or pestilential.

“Even more to the point, by concentrating on the denizens of this social media world, Labour ended up ignoring the real one with its urgent needs and fears. Not unlike Hillary Clinton who thought that privileged women worrying about glass ceilings were so important that the women in the rust belt states who worried about putting food on the table could be ignored. (She famously called those American left behind people “deplorables”. Remember how that ended?)

“What are the lessons here? Maybe that politics has not changed as much as we thought it had. It is still about life as it is actually lived, about the things that grown-ups know matter: family and community, civil behaviour, rational public debate and as Boris Johnson suggested in his speech after winning a stupendous victory generosity and conciliation in the conduct of government. That, I think, will turn out to be the most invaluable point made by this election”.