Reports on “WLBC in consultation with the Council Leader and Burscough ward councillors. They have decided to name the new industrial park on the Yew Tree Farm estate in Burscough, after the Dakota-the American plane that sometimes used Ringtail airfield during World War 2.

“Seafire (after the Supermarine Spitfire) was the name put forward by Burscough residents and the parish council. This famous British plane was stationed at the airfield for a long period during the war but did not find favour with WLBC. 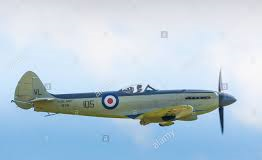 “Should a new development on Burscough’s historic airfield be named after an American plane?”

Simple, it’s about Ringtail, not specific aircraft that flew from it. And it’s not about the Council Leader and Burscough ward councillors. It’s about Burscough residents? If not, WLBC needs to be transparent as to how and why yankee doodle dandy got the vote?