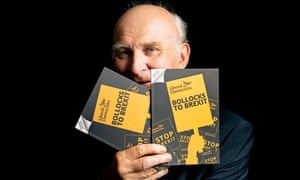 do you remember when, in 2018 he told his LibDem party’s spring conference that the 70% of over 65s who backed Britain quitting the EU had crushed the “hopes and aspiration” of the three-quarters of under 25s who voted Remain.

Cable, intent on dehumanising anyone over 65, said despite previously thinking Brexit must go ahead following the 2016 vote, he changed his mind when he saw “the evidence that Brexit had overwhelmingly been the choice of the older generation. They voted on one wet day in June, crushing the hopes and aspiration of the young for years to come. Too many of them were driven by a nostalgia for a world where passports were blue, faces were white, and the map was coloured imperial pink” he told the delegates in Southport. No fool like an old fool!

From a student website “Should people in their 70+ be allowed to vote? They are voting for our future which they will not live to see. They have a vote on things that impact us but will not impact them. We have a minimum requirement age, should we have an upper limit too?

“Of course they should be allowed to vote. Someone of age 70 could potentially live far older than that. Also worth noting that the elderly people make up a large portion of the electorate and it’s an age group that typically turns out very high in elections. By banning the elderly from voting turnout and participation will go down significantly which is simply undemocratic.

“But old people are voting on our future, they will not live to face the consequences of their actions. Older people also tend to be more conservative on issues such as climate change and gay rights etc…All they vote for really is pensions, benefits and health, nobody would be taking it away from them”. Not much chance for me then?

And there was the ITV debate last week “What you’ve just said Adil is a little bit insulting to the older generation. It makes it seem as though the only thing they think about is their teeth, their spectacles, their health and their pension.” Former Apprentice contestant Joanna Jarjue, 24 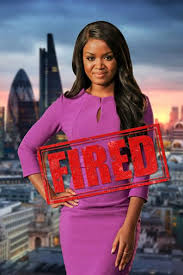 was strongly in favour of banning over-70s, saying “Brexit could take the next ten years, fifteen years, maybe a whole generation.

“I think for a lot of older people and pensioners, you’ve been through a period where it was cheaper for you to buy houses, you’re wages were better. Things that are probably more domestic issues, but I think that we are now trying to withstand things that are so much harder than your generation”. What, harder than a generation that went to war for their country?

Like repaying war loans to the USA and Canada that look 60 years of much of my tax? The amount paid back is nearly double that loaned in 1945 and 1946. “This week, in 2006, we finally honour in full our commitments to the US and Canada for the support they gave us 60 years ago” said Treasury Minister Ed Balls. Under the lend-lease programme, which began in March 1941, the then neutral US could provide countries fighting Adolf Hitler with war material. The US joined the war soon after, in the wake of the attack on Pearl Harbour, and the programme ended in 1945.

“It was vital support which helped Britain defeat Nazi Germany and secure peace and prosperity in the post-war period. We honour our commitments to them now as they honoured their commitments to us all those years ago,” he added.

The ITV poll revealed that 34% of people aged 35-54 supported a ban on over-70s, while over-55s strongly disagreed with the ban. Just 18% of older people were in favour of a ban, and 82% were firmly against it. 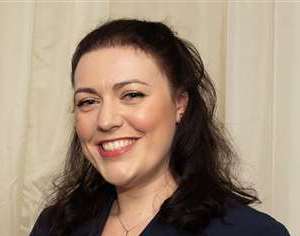 “Left-wing Remainers, like the rest of us, should respect older voters, not attack them, says counter terrorism expert Alicia Kearns selected as the Conservative Party’s prospective parliamentary candidate for Rutland and Melton.

“Last week a poll was published in which almost half of young adults said that the over 70s should be banned from voting on our country’s future because they may not live through the consequences of their decisions. Writing this, I’m forced to pause by just how grotesquely affronted I am by this view. It is anathema to all my values.

“Sadly, this poll is not a one-off. A while back I took part in a debate with some students where participants asked me whether I agreed with them that those older than 65 should have no right to vote in elections, and most certainly not referendums that “will not affect them”. It was the first time I had come across this argument, but assumed it was an outlier, but evidently not.

“As I told them then, I reject this view with every fibre of my being. Firstly, who are this homogenous group “the over 65s”? They’re nurses who spent years working in our NHS, business owners who’ve created jobs for young people, farmers who worked seven days a week to feed our nation, and scientists who changed how we think about the world around us. They’re you and me in a few decades, they’re our parents, grandparents, aunts, and uncles. Would you deny these people are informed enough to have a say on what is best for our country? Would you have the audacity to tell your grandparent that you intended to strip them of one of the most important aspects of their citizenship? They’re individuals who have paid their taxes, created the society we live in, often fought for our country, and funded the education of those now saying they deserve no suffrage.

“The next question I posed to these students is at what age does the limit kick in? Because at 65 you can live for another 40 years, “no, no” they replied, “maybe 85”.

“Proponents of this argument seem unable to agree on how many years it’s acceptable for members of our society to be disenfranchised for, to have no say in their communities despite having committed no crime but the natural ageing process. So does this argument extend to include individuals with terminal diseases? And if you live long enough to see through the Parliamentary term or impact of the referendum in question do you receive compensation for having been mistakenly stripped of your vote?

“Prejudice against older people is unacceptable, and these views feed the isolation that many older people experience. I believe that this specific debate is a reaction to the decision to leave the European Union, for which older people largely voted. Disagreeing with someone’s political beliefs (I am a Brexiteer and I am certainly not old), does not give you the right to strip them of their right to participate in democracy. It is rare that I’ll call out an opinion as offensive, but anyone promoting this idea should be ashamed of themselves. It is illiberal, callous and frankly authoritarian.

“Older people enrich our society with their wisdom and experience, we should be grateful for it and listen up. When they vote they apply their knowledge to help build a better future for those who come after them. My answer is simple: learn some respect”. 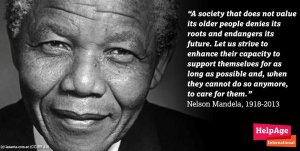