It didn’t take long did it?

No time at all for the Ormskirk/Aughton areas to be hit by young louts hell bent on criminal damage and yobbery!  Despite the warnings

Ormskirk and Burscough Police announced “We are working with our partners this evening and have a designated place of safety where a number of other agencies will be there to assess the needs of any youths we deem vulnerable or at risk this evening. Of course we have our usual en suite facilities in the cells for anyone that wishes to break the law”. 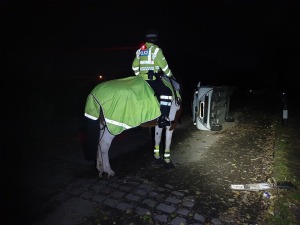 prior to getting on a train to Town Green, Aughton where they have damaged more vehicles. As a result there is now a dispersal power in the Aughton area that gives Police the power to order anyone deemed to be likely to cause antisocial behaviour to leave the area immediately. Anyone failing to leave or returning within the given time limit will be arrested. Enquiries to trace the youths responsible for the damage are on-going and we have deployed extra staff to the area.

“Following the issues in Aughton this evening a group of youths have been detained, it has been confirmed that they were not responsible for the damage but are clearly at risk so five have been taken to our designated place of safety. Five sets of parents will soon be getting contacted to collect their children following assessments from children and well being services. A further male, well known to local patrols, has been issued with a dispersal notice banning him from the area”.

Any time soon we will receive the usual “Vote for me” election crap dropped through our letter boxes. Your priority might be Brexit. It might be the NHS. It will almost certainly be policing. PCC Clive Grunshaw knows how badly we are policed because of austerity. His recent complaint about receiving nowhere near enough to make up his police force losses is true.

What is more shocking is that when the APC Minutes are published, they list the individual crimes, often between 20/40, but they also mention that “In Aughton, other than reported crimes, there had been 100+ incidents”. Are the events described above, five youths detained for return to their parents, simply “incidents”? In which case the system needs to change quickly. Crime is crime, report it as such!