Programme not in motion! It is not a corpse!

As we all now know, the Second Reading vote was immediately followed by a Programme Motion vote. This went against the government’s proposed, and very short, timetable for consideration of the Bill during its committee stage. The vote was 308 in favour of the programme motion to 322 against.

The Prime Minister responded by stating that the Bill would be paused whilst he undertook further discussions with the European Union regarding the request, sent on Saturday 19 October, for a further extension to UK membership.

Later, the government made a Business Statement indicating that Wednesday 23 October and Thursday 24 October would be used to continue the Debate on the Queen’s Speech. The House would not sit on Friday 25 October. 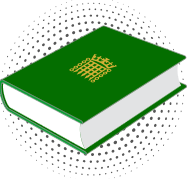 the Parliamentary “treatise of the law” uses the word “limbo” to describe the situation facing the Bill. It is possible for the Bill to return. According to Mr Speaker, any motion to enable the Bill to proceed to Committee or beyond requires notice and so will be considered on another day.

Mr Clive Efford MP sought clarification of the meaning of “limbo”. The Speaker responded “… the accurate characterisation is that the Bill is not dead, but it is inert. It is not on a journey. It is not progressing or moving from one place to another. It is inert, or alternatively it might be said to be static, but it is not a corpse”. [As is Parliament itself, or as good as! And best not mention Bercow!]

And, as the Telegraph quotes “The good news was better than expected. The bad news was predictable. The outcome was as promised. For the first time, and by a quite startling margin, the House supported a Withdrawal Agreement. Parliament has now officially accepted that we are leaving the European Union.

“Before we get hopelessly bogged down in the next tactical morass, let’s just savour this moment. It is a historic event of thunderous proportions. The Remain argument is lost. Three and a half years after the population, which was supposed to have the authority in this matter, expressed its view, its democratic representatives have finally assented”.

Anyone seen Boris? Check your ditches! Hang on, I found him! Tarra Boris!