Professor of Knowledge Exchange and Director of Politics and Society of the University of Winchester.

“If John McDonnell’s shock endorsement of a second independence referendum is bad for Scottish Labour, it could be a veritable hammer blow for the party in England. Whatever his intention, the Shadow Chancellor has conjured up the disastrous image that an incoming Labour government would be dependent on Scottish Nationalists to get anything done.

“Jeremy Corbyn may be in No 10 but Nicola Sturgeon in Edinburgh would be calling the shots. Labour needs a much better answer to worried English voters – one that can reassure them that the SNP will have no say over English public services and cannot inflict the damage the SNP government in Scotland has done to education and health south of the border.

“That answer is clear: for the next Election, Labour must publish a strong England-only manifesto alongside the wider UK-wide one.

“This English manifesto should set out cast-iron promises on what Labour will do on the many issues that are now ‘English only’ such as how our health service is funded or how university education is paid for.

“It’s often forgotten that, as a result of devolution, many big political questions already have different answers in England, Scotland, Wales and Northern Ireland. Labour often trips itself up over this. Last year it announced the water industry would be brought back into public ownership, promising to ‘cut Britain’s water bills’. It took a couple of days to realise water is already socially owned or run not-for-profit in the rest of the UK: it’s an England-only issue.

and Scottish manifestos. Now it needs, for the first time, an English manifesto that sets out in detail its English policies. This manifesto must be non-negotiable in the event of a hung parliament. No party and no MP from outside England would have any power to demand any change to Labour’s plans for England.

“I hear it said that John McDonnell’s referendum move was intended to neutralise the independence issue and shift the focus on to the SNP’s many failings in Scotland. In doing so, he’s raised a ‘Scottish question’ to which the only answer is an English manifesto”.

And while they are at it, they, and the BBC, should fly 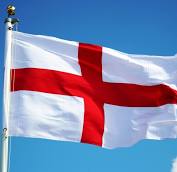 the English flag for English teams, events, news, rather than the almost permanent use of the Union flag!