devoted itself to its investigation into the attendance and voting records of some members of the House of Lords. Particularly Lord Brookman 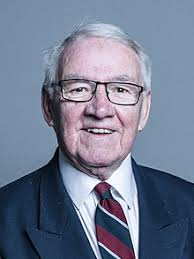 among dozens not to speak, raising fresh questions about the chamber.

The former trade union general secretary David Brookman was among dozens of other lords and baronesses who never took part in a single debate, while almost a third of the 800 peers barely participated in parliamentary business over a 12-month period despite costing almost £3.2m in allowances.

It reports that 46 peers failed to register a single vote last year. One Labour peer is said to have claimed almost £50,000 in attendance and travel expenses covering every day the Lords was sitting, despite never speaking or asking written questions.

The newspaper suggests the data will raise fresh questions about the size and effectiveness of the Lords, and the funds that can be claimed by those who fail to regularly contribute. The findings show: Eighty-eight peers, about one in nine, never spoke, held a government post or participated in a committee at all; Forty-six peers did not register a single vote, including on Brexit, sit on a committee or hold a post. One peer claimed £25,000 without voting, while another claimed £41,000 but only voted once.

More than 270 peers claimed more than £40,000 in allowances, with two claiming more than £70,000. The Lords allegedly plays a crucial role in scrutinising government legislation, but its critics have long complained the chamber is bloated, anachronistic and inefficient.

who chairs one of the chamber’s most important committees scrutinising secondary legislation. He claimed £75,122 for 154 days’ attendance, £23,108 of which was for air travel.
Receipts obtained through freedom of information requests suggest Lord Cunningham took dozens of flights to and from London. It is not clear whether or not Cunningham travelled business class.

It’s all a public swindle, time to drain the swamp and reform it for an elected house.

It’s reported that Germany will block another delay to Brexit 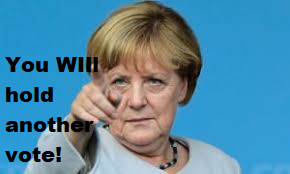 at the European Council unless the UK announces a second referendum or general election by October, the Bundestag’s foreign affairs committee chair has warned.

“In a sign that Berlin is near the end of its tether on Brexit, Norbert Röttgen, a former minister and senior MP for Germany’s ruling CDU party, said there could be no extension to the Article 50 process unless the UK offered a concrete reason, such as a public vote.

“He also warned Tory leadership candidates against trying to “blackmail” the EU by threatening to leave with no deal unless the Brexit deal is changed”.

The UK’s trade performance has deteriorated because the single market and the customs union are designed to suit other countries, Germany in particular, but not Britain. “It is not surprising that our trade deficit with the EU continues to grow, because the single market and customs union does not represent a free trade area. It is a free trade area only in goods. Manufactured goods represent Germany’s comparative advantage, whereas ours is in services.

“We have entered into a lop-sided arrangement under which all impediments to trade have been removed from areas where our trading partners are strong but not from areas where we are strong. So obviously our overall trade deficit with them has gone on rising, and will continue to do so”.

£99billion and rising. No wonder Germany wants the UK to remain!

In “Lettters to the Editor”

Gavin Rattray of Burscough asks the question that many people are interested in. 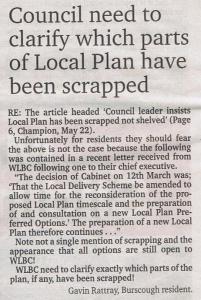 “Note not a single mention of scrapping and the appearance that all options are still open to WLBC! WLBC need to clarify exactly which parts of the plan, if any, have been scrapped”.

The BBC has revealed that public spending

on care for the elderly and disabled is much higher in Scotland and Wales than England.

In England, £310 per person is spent each year on services such as care homes and home help for daily tasks such as washing and dressing.

The analysis has been produced by the Health Foundation using official spending and population data. The think-tank said the differences were “huge” and had a major impact on the care that could be provided by councils to these vulnerable groups.

Care spending is likely to be a significant factor in this given it accounts for more than half of local authority budgets. Ministers in England have promised that new plans for care, including funding, will be published soon.

In England, anyone with assets of over £23,250 has to pay the full cost of their care. But in Scotland personal care, such as help washing and dressing, is provided free to everyone assessed as being entitled to care. In Wales the cost of help in the home is capped, currently at £90 a week.

This is a disgrace, but where is the will for equality for England? Not among this current bunch of self-serving elected politicians, that’s for sure!

Public speaking at a meeting of the Council

WLBC has published this guidance for public speaker hopefuls “To request to speak, members of the public must contact Member Services with their request by 10am on the Friday of the week preceding the relevant meeting. For example a request to speak at Cabinet in January 2019 must reach us by 10am on Friday, 7 June 2019″.

How much are we paying the WLBC Press Officer? Whatever it is it’s too much?

‘500 ordinary people would make recommendations back to parliament’

International Development Secretary @RoryStewartUK suggests the idea of a citizens assembly to help solve the #Brexit deadlock. Do you agree?

Well no, isn’t the House of Commons just 650 ordinary people in assembly? This idea indicates a village has lost its idiot? But he could be our new Prime Minister!

There’s a pledge, apparently, by Tory leadership hopefuls, to be nice to one another! As if! 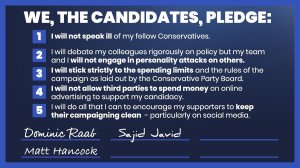 And over in Peterborough

People are asking if A) a simple majority of the votes for one candidate will be enough to elect the new MP, or B) will the combined votes for second and third be compared with A to decide the winner?

“I asked a question @ a Full County Council meeting about proposed transport infrastructure improvements in West Lancashire should thousands more houses be built. Attached is the written reply I received a few days ago”. 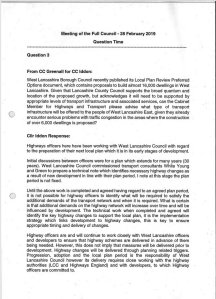 From CC Greenall for CC lddon

West Lancashire Borough Council recently published its Local Plan Review Preferred Options document, which contains proposals to build almost 16,000 dwellings in West Lancashire. Given that Lancashire County Council supports the broad quantum and location of the proposed growth, but acknowledges it will need to be supported by appropriate levels of transport infrastructure and associated services, can the Cabinet Member for Highways and Transport please advise what type of transport infrastructure will be offered to the people of West Lancashire East, given they already encounter serious problems with traffic congestion in the areas where the construction of over 6,000 dwellings is proposed?

Highways officers here have been working with West Lancashire Council with regard to the preparation of their next local plan which it is in its early stages of development. Initial discussions between officers were for a plan which extends for many years (30years). West Lancashire Council commissioned transport consultants White Young and Green to prepare a technical note which identifies necessary highway changes as a result of new development in line with their plan period. I note at this stage the plan period is not fixed.

Until the above work is completed and agreed having regard to an agreed plan period, it is not possible for highway officers to identify what will be required to satisfy the additional demands of the transport network and when it is required. What is certain is that additional demands on the highway network will increase over time and will be influenced by development. The technical work when completed and agreed will identify the key highway changes to support the local plan, it is the implementation strategy which links development to highway changes, this is key to ensure appropriate timing and delivery of changes.

Highway officers can and will continue to work closely with West Lancashire officers and developers to ensure that highway schemes are delivered in advance of them being needed. However, this does not imply that measures will be delivered prior to development. Highway changes will be delivered through planning related triggers. Progression, adoption and the local plan period is the responsibility of West Lancashire Council, however its delivery requires close working with the highway authorities (LCC and Highways England) and with developers, which Highway officers are committed to.

You can imagine what it’s like in Westley Towers today. What can I say? Under my leadership, my West Lancashire Tory Party came 5th in the EU elections.

Imagine it, beaten by the Brexit Party, the Labour Party, the Libdems, and the Greens. We got 9.0%! I can’t believe this.

I blame Theresa May…well I’ve got to blame someone, haven’t I? Her Withdrawal Agreement marked the surrender and capitulation of our country. I suppose my support for her in 2017 will show how gullible I was…

I’ve been leading my local party into oblivion for some time, but never this bad. Ah well, the only way is up…isn’t it?

PS The tardiness of our Association website still claiming  we have two MEPs is regretted. You just can’t get the staff these days. Whoops “Promoted by Cllr David Westley on behalf of West Lancashire Conservatives”. 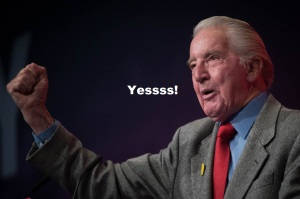 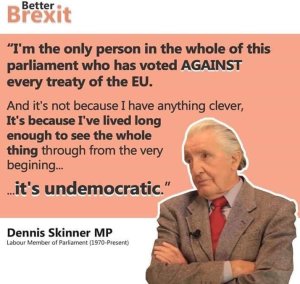 The Tory party has been humiliated

In the Northwest there is NO Tory party presence 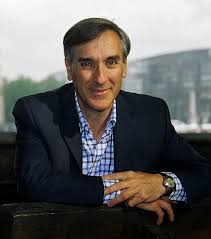 “Nigel Farage’s party came top in the North East, North West, East of England, Wales, West Midlands, East Midlands, Yorkshire & Humber, the South West and South East. This came largely at the expense of the Conservative Party. Theresa May’s party have lost a huge share of the vote across all regions, so far losing 15 MEP seats to a total of three. The party is in fifth place, with its lowest vote share in a national election since they formed in 1834.

“In London, the Liberal Democrats, who have performed well in all regions so far declared, topped the poll. They place second, with 21 per cent of the vote and 15 seats.

“Whenever I have said in media interviews that the public have rejected the Agreement by a large majority this has been queried. This election provides more proof of the obvious. Mrs May united the country against the draft Treaty she wrongly proposed.

“The Brexit party on the majority of results so far announced as I expected won more seats than the three Remain parties, the Lb Dems, Greens and Change UK combined. These new MEPs need to come to Westminster to tell MPs there how to be popular, by just getting us out of the EU with no lock back in Treaty.

“The BBC seemed to think the main news of the night was the Lib Dems coming second! Once again they missed the obvious and made little of the winning view”.

Nigel Farage says “It took the Labour Party 45 years to win the popular vote. The Brexit Party has done it within 45 days”. The map below tells the story of England. 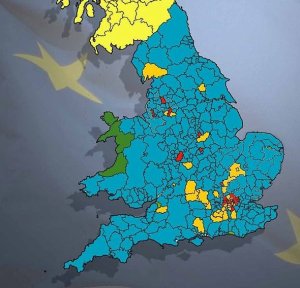