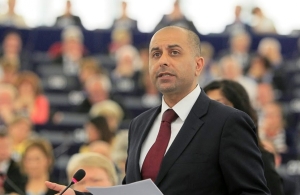 When he was democratically re-elected in 2014 he took the job and the huge salary and perks that came with it. He did not suggest the electorate might wish to re-think their decision to elect him.

In 2016 he wrote “Sajjad Karim stands shoulder to shoulder with the Prime Minister and is campaigning across his North West constituency and further afield, to ensure that electors are able to make an informed decision on how to vote. Sajjad karim is talking to voters across the North West about the benefits of Britain being a strong voice, leading in the EU, rather than being on the outside having our day to day lives affected by decisions we have not had any influence in”.

In reality, our voice was influentially so minimal while the cost of membership so huge, that voters duly considered and made informed decisions. 17,410,742 made the decision to leave the EU. But Karim later wrote “In October (2018) the largest demonstration since the Iraq War protest took place in Westminster. It saw 700,000 demonstrators turn out to make plain their disapproval at the way Brexit negotiations have been handled and to call for a People’s Vote on the final deal between the United Kingdom and the European Union”.

“Despite this overwhelming support for a new referendum, a People’s Vote has still not been guaranteed. Brexiteers have argued that we should not have a repeat of the EU Referendum, but it is not about re-running the 2016 vote. Nor is it “undemocratic” or against the so-called “will of the people”, as they also like to claim, quite the contrary in fact.

“It is actually democracy at its finest when the people are allowed to vote on an issue they have changed their opinion on once they have seen the broken promises of the past compared to the reality they now face”. Ah, that’s OK then, it was all broken promises? Like the regular breaking of manifesto promises in the remain UK Parliament?

Perhaps he thinks this was democracy at its finest? 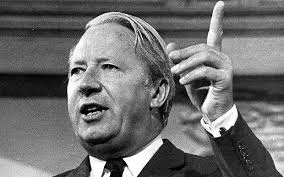 “There are some in this country who fear that in going into Europe we shall in some way sacrifice independence and sovereignty. These fears, I need hardly say, are completely unjustified.”
Tory Prime Minister Edward Heath, television broadcast on Britain’s entry into the Common Market, January 1973.

Who can forget Judge Bruce Morgan, giving judgement in the Sunderland metrication case April 9, 2001 “This country quite voluntarily surrendered the once seemingly immortal concept of the sovereignty of parliament and legislative freedom by membership of the European Union…as a once sovereign power, we have said we want to be bound by Community law”.

We won’t be told by remainers that imports of goods from EU countries increased from £117.5 billion in 1998 to £245.9 billion in 2017, while exports increased from £122.1 billion to £152.3 billion over the same period, a deficit of £93.6 billion. How does that fact, not a broken promise, justify membership of what is a corrupt organisation that’s forgotten how to produce legal annual audited accounts?

2 thoughts on “This Is Your MEP”