When I wrote to my adoring Aughton & Downholland electorate, who’ve elected me since around 2002, about Conservatives now wanting fewer councillors and elections, I hadn’t realized that Aughton, which includes Aughton Park, has five of us. And three of us live in Halsall, including, of course, Mrs Wally. 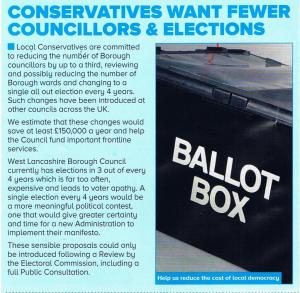 As was correctly pointed out by me “The number of Borough Councillors is set by the Government and the Boundary Commission. My personal view is that there are too many and that the number could be reduced by 50%”.

And when I was asked “As for the number of councillors, why don’t you instigate a review of WLBC with the Boundary Commission? Perhaps the county might be trimmed down too?”, I was obviously too hasty. as I then said “I would not want to waste money on a Boundary Commission Review or the resultant election. There are far more important matters and it would only be an unnecessary distraction”.

You can see my dilemma, as my May 2019 manifesto says “Local Conservatives, (of whom I am the leader), are committed to reducing the number of Borough councillors by “up to a third”. We’ve costed it at saving at least £150,000 a year. Now I know there are some people in Aughton who don’t believe a word I say, and who can blame them, after I claimed, incorrectly, that they told lies door to door.

So what am I to do? If I stay in Aughton & Downholland, Cllrs O’Toole and Currie will have to go. And if Mrs Wally stays in Aughton Park, poor old Doreen Stephenson will have to go. I may have to disturb her to discuss it. She could go back to flogging Avon?

Perhaps these commitments aren’t as sensible as I suggested. I need a rethink. We could leave Aughton alone, and cut councilor numbers elsewhere. What do you think? Contact us about it at

I do miss those nights when we actually had free booze after council meetings, but austerity, and the local Labour Party, stopped it. 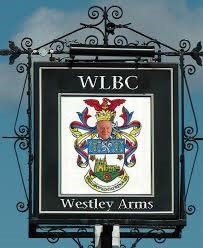