by a Remain dominated Parliament was so obvious that the televised debate was another re-run of so many as to be boring. It was nevertheless momentous for it being probably the beginning of the end of UK democracy.

By a strange coincidence last night another momentous event occurred that affected West Lancashire. First we had the ignominious event in Parliament where our Labour Remain MP Rosie Cooper for this Leave constituency, 35,323 no less, voted against the Withdrawal Agreement.

where the proposed new Labour Local Plan was to be “reconsidered” and given time for “the preparation of and consultation on a new Local Plan Preferred Options”.

one Tory MP, Steve Double, St Austell & Newquay leave majority 15,000, said, he “still doesn’t know how to vote. Mays “polished turd” of a deal may be the best turd we’ve got”. The Oxford English Dictionary gives the proverb ‘You can’t polish a turd’, comparing it to ‘You can’t make a silk purse out of a sow’s ear’. 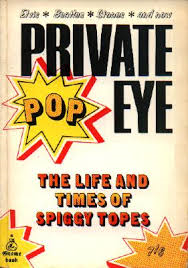 turd was taken up enthusiastically in the name for the popular band Spiggy Topes and the Turds.

“As a fairly recondite scatological term, it took turns with ordure, as when Peter Cook, in his fantasy summing up by the judge in the Jeremy Thorpe trial, referred to the failed hit man ‘He is a piece of ordure, a piece of excrement, unable to carry out a simple murder plot.’ It was certainly not applied to polished performances”. But you can buy it.

known locally as the invisible man, Tory Association Press Officer, who tweeted “Rumours that Cllr John Hodson has resigned from the cabinet in #westlancs.. Along with members rejecting the whip lately this isn’t making for good news for you is it, @LabourWestLancs? @CllrIanMoran have you got any control of your group?”.

Currie then answers his own question “Actually, @CllrIanMoran, I can answer the question for you. No, you don’t have any control of your group. If you did then I wouldn’t have found out from multiple sources of said group what’s going on”.