An investigation by the Sunday Times

showed that MPs are claiming 22 per cent more in expenses than they did 10 years ago. Many readers will recall that the Taxpayers Alliance was at the forefront of exposing the MPs expenses scandal and pushed for full disclosure.

Findings show that for 2017/18, MPs claimed a total £116 million in taxpayer funded expenses.

MPs claimed an average of £166,901 in expenses. Commenting in the Sunday Times the Taxpayers Alliance chief executive John O’Connell expressed his concern at the findings, that “It’s deeply disappointing that 10 years on, the overall cost to taxpayers for expenses hasn’t come down. MPs should remember that every time they opt for first-class travel, or submit an expense claim for something that they really don’t need, it’s coming out of the pockets of hard-pressed families in their constituencies.”

Richard Benyon MP, Tory, Newbury, claimed for two lavatory seats at his constituency office for a total of just £17.67. No lavatorial jokes please! But that’s not a halo!

On being duplicitous and cowardly, Tories, that is! 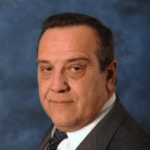 “Your actions this week will have far reaching implications for the United Kingdom for generations to come. Have any of you seriously thought about what you have done to this once great nation of ours? Do you really believe that by turning the UK into a vassal state of the corrupt European Union that you are serving your country?

“Your duplicitous and cowardly behaviour in denying the will of 17.4 million voters who took the brave decision leave to the EU will not go unpunished. Collectively you have sounded the death knell for democracy in this country as we know it. Have you considered the implications this will have for you at the ballot box? Do you honestly believe that you will be forgiven for your betrayal? If so, it shows how entirely out of touch you are with the British people. 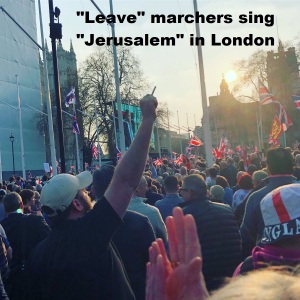 “Whenever the next election comes – and we suspect it will be sooner rather than later – the electorate will seize the opportunity to vent their wrath upon you. Those of you who voted in the House of Commons to deny the result of the last referendum will almost certainly lose your seats and you will have no one to blame but yourselves.

“It is not too late to redeem yourselves and to save not only your seats but your reputations. You need to reverse the disastrous decision you took to betray the electorate. All it will take is for one of you to table a motion to put leaving on WTO terms back on the table and for the rest of you to have the backbone to vote it through.

“You may dismiss us as those stupid Brexiteers who didn’t know what they were voting for, but we assure you that we absolutely did, and we would do it again in a heartbeat. Ignore us at your peril, but let us be clear: if you do, come the next general election, the great British people will deliver you the P45 you will so richly deserve.

Ineptitude and incompetence are synonyms to describe people who have absolutely no idea what they’re doing. Like politicians.

To misquote Eric Idle and others

There’s Labour party remainers, and all of that sort
And Tory remainers whose second homes in Europe may illicitly have been bought

All politicians who swoon over chat show hosts everywhere. They drive you up a wall until you need a therapist
I don’t think they’d be missed, I’m sure they’d not be missed!

There’s our Prime Minister Theresa who seems to really relish stormy weather
And reminds us all so often “We are all in this together”
And fell on her sword, and missed! She won’t be missed.

And those who on close observance may be alcohol addicted, stoned or pissed,
I don’t think they’d be missed, I’m sure they’d not be missed! 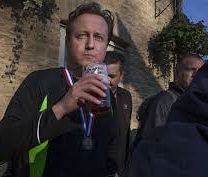 The EU Commission has released a statement

“The Commission regrets the negative vote in the House of Commons today. As per the European Council (Article 50) decision on 22 March, the period provided for in Article 50(3) is extended to 12 April.
It will be for the UK to indicate the way forward before that date, for consideration by the European Council. A “no-deal” scenario on 12 April is now a likely scenario. The EU has been preparing for this since December 2017 and is now fully prepared for a “no-deal” scenario at midnight on 12 April.

“The EU will remain united. The benefits of the Withdrawal Agreement, including a transition period, will in no circumstances be replicated in a “no-deal” scenario. Sectoral mini-deals are not an option”.

Leavers are amassing in Parliament Square, and Brexit Hero Nigel Evans MP went out to speak to them directly “I just want to leave the totally remote arrogant corrupt expensive European Union. I just don’t want them governing us any more!”

As he pointed out recently, Nick Boles MP said “Being in the EU is the “worst of both worlds”. He then became a remoaner! 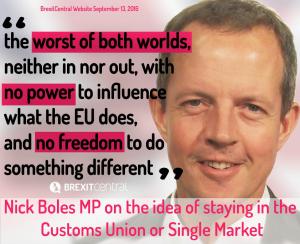 Only 5 Labour MPs rebelled, not remotely enough to rescue May. West Lancashire MP Rosie Cooper was among the five.

The Withdrawal Agreement has been defeated by 344 votes to 286, a majority of 58. Donald Tusk has called a European Council for 10th April, three days before our new exit date.

Today’s the day to summon the spirit of Winston Churchill and say no to becoming a vassal state.

has advocated for a No Deal Brexit and dismissed Project Fear reports that jobs would be lost. Speaking to the BBC this morning, he said “My own personal preference would be to say ‘we have a clear strategy, which is we want to leave without a deal’.

And in comments picked up by ITV’s Robert Peston, Lord King also made clear that “I don’t think it is obvious there would be jobs lost at all”.

He also questioned “whether the political class has suffered a collective nervous breakdown and lost confidence in the country. Common sense for an EU exit on WTO terms, a stark contrast to the ridiculous Project Fear establishment shrieks. Proper independence and a clean break with the EU is still worth fighting for”.

How little the trust is, in us! 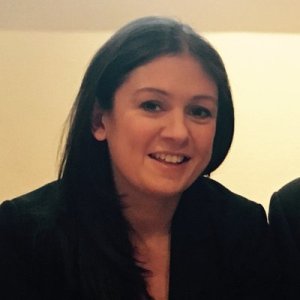 constituency Wigan “They will not forgive us if we go over the summer and try to reelect MEPs to a parliament we’re supposed to have left three months ago, I don’t think in this House there is enough understanding how little the trust is in us!” warns @lisanandy, whose constituency voted 63% leave. 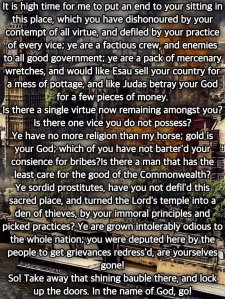 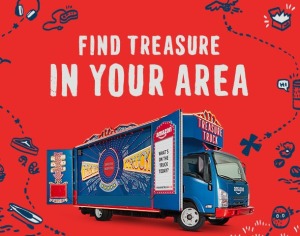 …a unique and fun-filled way to shop for new and trending products with Amazon!

We hand-pick one must have item at a time and load it on to the truck. Expect the latest and greatest electronics, toys, gourmet food and wine, and of course, a little bit of the unexpected.

Here’s how it works:

We send you a notification revealing that day’s must-have item.

You buy it on Amazon and choose a pickup location.

You meet us at the Truck and get the goods! Be prepared for music, games, prizes and more!

We can bet the items will price shops out of competition. And that’s the way modern shopping is going! Business rates anyone? It’s the thin end of the wedge!

The Government declared in response to the Somerset flooding that “money is no object”. This week, ground investigation works are starting on a £40 million flood risk management scheme for Preston and South Ribble. Will the Minister explain why a maximum bid of £1.3 million is available for the flood defence grant-in-aid fund for a project that cost £9.7 million to deliver, as outlined in the Lancashire County Council report regarding Hurleston brook, known as the Jacob report?

Therese Coffey The Parliamentary Under-Secretary of State for Environment, Food and Rural Affairs

The House will be aware that we increased the amount of money being spent on flood defences between 2015 and 2021—£2.1 billion across those six years—better to protect more than 300,000 homes. The hon. Lady will be aware that there are formulas for how we can allocate money to projects. My right hon. Friend Richard Benyon opened up the doors with a partnership funding approach, which is largely working. However, I am very conscious that the hon. Lady is doing diligent work on behalf of her constituents to get better flood protection.

Government “Money is no object”? In West Lancashire? Bollocks!

The economic damage done by our membership of the EU.

John Redwood tells us what others won’t. Too many in the media just accept the assumption that we have done well out of being in the EU and will lose when we leave. There is little evidence to support either of these contentions. 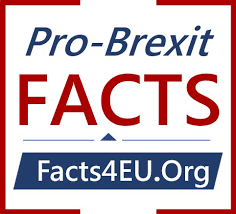 We joined in 1972. We were made to remove all tariffs on products the rest of the EU was good at, whilst they maintained many barriers to service exports which we were good at. As a result there was a predictable deterioration in our goods trade balance with the EU, and closure or slimming of many of our factories. Our car industry suffered heavily from the tariff free competition of VW, BMW, Mercedes, Renault, Fiat and the others. BLMC in particular had to slim and close plants.

Our Lancashire cotton industry and Yorkshire woollen industry was hit by Italian and German textiles. Our ceramic tile industry was damaged by Italian competition and later by Spanish. In the 1970s we lost a lot of manufacturing capacity. The nationalised steel industry had to start closing its five new large scale plants for lack of demand as steel using industries fell away in the EEC.

We also saw a further deterioration in our balance of payments as a result of high financial contributions we had to make to the EEC, as all those charges were negative flows across the exchanges. Soon after we joined there was a deep western slump which hit the UK particularly badly. Whilst this was not mainly the result of EEC membership, it exacerbated the bad trends EEC membership was causing.

In the late 1980s and early 1990s we saw another recession brought on by the UK’s membership of the European Exchange Rate Mechanism. These job losses and factory closures were entirely the result of EU membership, and very damaging.

More recently we have seen a lot of factories shift elsewhere in Europe thanks in part to EU grants tempting businesses away. When I was a business Minister one of the regular complaints from UK companies was unfair competition from the rest of the EU where companies in favoured locations got special EU grants and financial assistance on favourable terms or free.

The UK growth rate has been slower since 1972 than it was 1945 to 1972. Some try to say the war disrupts the picture, but it is difficult to see why. Whilst the war was a terrible thing, it gave us very full employment with the diversion of many people into the armed services. All their efforts did, under standard accounting, count as national output. There were also big increases in manufacturing output domestically as we had to produce most of our planes, vehicles and bombs nationally. There was a also a surge in home food production. Of course there was also a fall in non military output as factories were diverted to war work. Imports from the continent obviously stopped as it was under German control, and imports from the rest of the world were restrained by German military action to prevent or destroy them.

An EU study has showed practically no gain from EU membership for the UK economy, but it is on optimistic assumptions. To me there has clearly been a modest net overall loss of output compared to what would have happened if we had stayed out, though of course output is up over our time in the EU as you would expect. The headwind of big financial contributions to the EU has been damaging. Margaret Thatcher’s renegotiation helped a bit by cutting the burden.