A week ago the BBC made a report, critical that Chief Executive pay in industry rose by 11% last year to almost £4m, much higher than rises for workers. At the same time the BBC, with no commercial pressures, was defending its decision to award some of its highest-paid executives wage rises of up to 30 per cent.

The BBC raises, worth up to £75,000 each, mean that the number of BBC managers earning more than £150,000 has gone up to 102, four more than last year, despite promises to reduce the figure.

MPs criticised the “scandalous” increases at a time when the average annual pay rise is 3.3 per cent and when the corporation is trying to cut programme budgets. It is also considering scrapping free television licences for the over-75s to save money 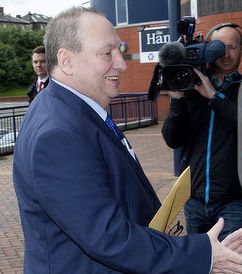 Director Of Nations And Regions, was the biggest winner, with a wage rise from £250,000 to £325,000. In January the BBC said its “English Regions would move out of the News Division and into Nations and Regions as the Corporation seeks to enhance its offer to communities. Ken MacQuarrie, the Director of Nations and Regions will now take charge of English regions as well. Director General Tony Hall, salary £450,000, said the move was “really good news for teams, and for audiences, in our nations and regions”.

Last year MacQuarrie claimed £30,000 in expenses. More than 2,700 BBC staff were handed pay rises of more than 10 per cent last year, despite the corporation’s claims that it does not have enough money.The scale of the pay increases can be revealed as the national broadcaster prepares to ditch free television licences for the over-75s, arguing that the benefit is too costly!

In response to a freedom of information request from The Times, the BBC said that 2,709 people received a rise worth at least 10 per cent of their salary in the financial year to March 2018. The median increase was £4,979, and the total cost to licence fee-payers is £17.8 million a year. The BBC’s total headcount is about 18,200.

By comparison, Health Service staff in NI will be able to receive pay rises of more than 1% after extra money was allocated to the Department of Health. Staff in other departments will only be able to get rises of above 1% if it can be paid for with efficiency savings. If that’s the yardstick for Health Service staff, why isn’t it the same for the BBC?