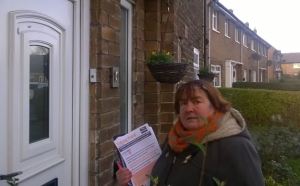 is an Independent Voice already standing up for Scott Ward where she lives. She has never been a member of a political party but as an 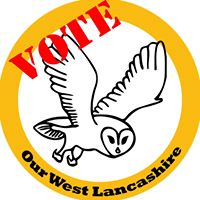 OWL councillor she intends to be as responsive to local residents as she is already. A page of her “Talking Point” shown here 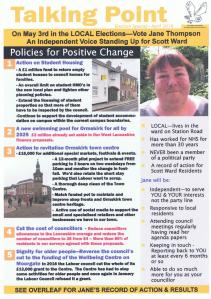 is bound to attract electors who want action on student housing, a new swimming pool for Ormskirk, a revitalised Ormskirk, cuts in the costs of councillors, and dignity for older people. What more can an Independent candidate offer?